Do you remember how my friend and I ate at a buffet at Chef Laudico’s Bfast last weekend? Well, I think I may be on a roll here. This week it was my brother and I who went to a buffet at Something Fishy Eastwood. It was my brother who suggested the place. I said yes immediately when I found out that it only costs 199 pesos. The reviews that I found online of the Something Fishy Midnight to Morning Buffet only helped me feel more excited about the buffet. I also liked the idea of eating at midnight since working the graveyard shift; this was my usual lunch schedule.

I arrived at my brother’s place at around 1 AM. We took a jeepney from where Pure Gold used to be in Cubao (which is now an SM). The jeepney sign board said Rosario Pasig. You can also just ask around where the jeepney going to Libis is if you’re looking for directions. From Cubao, it is about 15 minutes to get to Something Fishy EastWood on a Monday mornight. 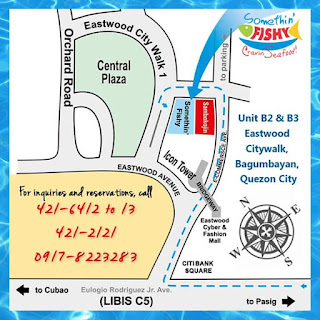 When we got to Something Fishy Eastwood, I immediately liked how it didn’t look like your normal boxy restaurant. It was very well lit; the decoration was very minimal with just pictures of fishes, and it also had French doors, and a staircase leading to the bathrooms in a mezzanine. The buffet area wasn’t the usual buffet table. At Something Fishy Eastwood, it was sort of a long kitchen counter with kitchen staff behind the counter. I really loved how there was somebody cooking waffles and French toast and carving ham behind the counter. Something Fishy Eastwood looked like a very elegant restaurant with a very high ceiling and big windows and a bar.

I was very impressed with the variety of dishes offered. For the price of 199 pesos, the Somethin’Fishy Midnight to Morning Buffet was a steal. There were fruits, soups, porridges, eggs, sausages, ham, tapa, tocino, pancit, siomai, chicken and pork adobo, lumpia, kakanin, and other desserts. I wasn’t able to taste everything but it was okay since there was just so much on the menu that it wasn’t humanly possible to try everything. 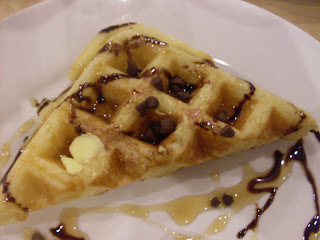 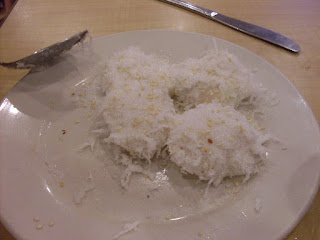 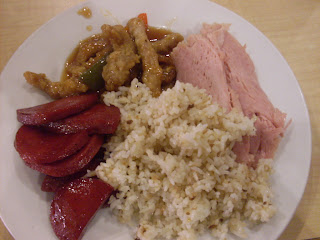 My second round at the buffet table, I took some Vienna sausages, some siomai, and some mackerel (I think). The vienna sausage was okay. It tasted better than the canned vienna sausages. The siomai tasted like extenders and didn’t taste like siomai at all. The mackerel tasted like it was marinated in soy sauce and smoked. It was good quality fish but I think it lacked flavor. 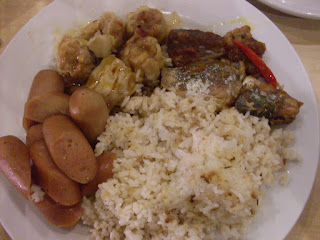 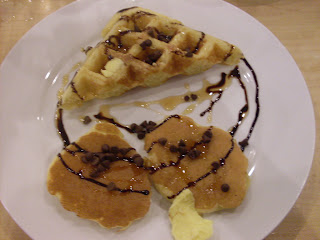 Then my brother started wondering how buffets work. Because I am such a chump, I acted high and mighty and explained to him that it works just like the way the insurance industry works. Do you know how it feels like when you know something another person (especially your brother) doesn’t? I bet you do.

Because my brother is such a big chump, he started asking me if I knew what an upside down cross meant. I didn’t. But so what? So what? Then he started acting high and mighty and explained to me that it was the pope’s seal, how it was engraved in his chair. Have I ever told you what a big chump my brother is?

So you thought I was done with the waffles? Nope. I took another waffle and waited for the French toast to be cooked and took two. At this point, I drenched my French toast and waffle in chocolate chips, honey, chocolate and strawberry syrup, and everything else that was available to put on the waffles and French toast. I really enjoyed this part of the buffet because it allows you some control over your dish. 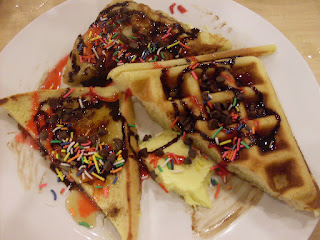 Did I mention that I haven’t been drinking water since we arrived at the restaurant? After eating the waffles, French toast, and pancakes, my throat felt so dry. Initially, my plan was to drink soup (not water) if my throat started to feel very dry already. However when I took some chicken mami soup, it was full of patis (fish sauce) which made it very salty. This made me crave for water even more. The girl with the water pitcher wasn’t making it any easier not to drink any water as she refills my glass with water very quickly. Personally, I thought that it was a trick that the restaurant devised to make their clients full right away. It definitely worked on me. 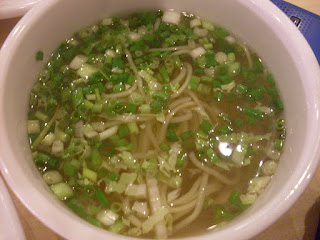 After drinking so much water, I knew I couldn’t eat another bite anymore. However, the angel of gluttony was sitting right beside me, and he whispered something in my ears which made me get even more food. This time, I took some Spanish omelet, some scrambled eggs, some beef tapa, some pork tocino, and some longganisa. The eggs were okay. There wasn’t anything fancy in them. No onions or bell peppers. They were just plain eggs and salt I guess. The beef tapa tasted alright and at some point tasted like corned beef. The longganisa tasted like flour. At this point, I'm not even sure if everything was tasting bad only because I was so full. 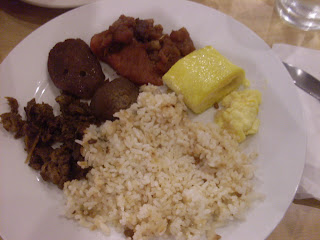 Even though I already knew I couldn’t eat another bite (I didn’t even taste the tocino anymore), I still asked my brother to get me some champorado. 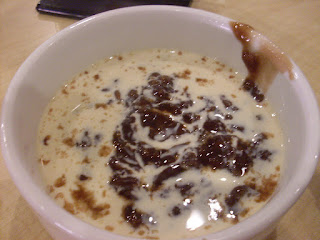 The champorado was alright. It tasted just like what champorado should taste like. After eating a few spoons, though, I decided my stomach couldn’t possibly take any food anymore. So my brother and I asked for our bill. When the waiter handed me the bill, he asked me to finish my food and that the price will double if I don’t. What a chump. 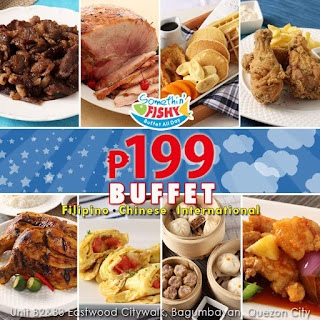 So I tried to finish my food looking like a total chump. No, wait, I’m lying. It was my brother who finished my leftovers. Then we were free to go.

Do you know how it feels like to have a boulder in your stomach? I bet you do. That’s what it felt like after the buffet. Dragging our asses along EastWood with boulders in our stomach was our punishment for gluttony.

So you’re probably wondering what rating I’m going to give the Somethin’ Fishy Midnight to Morning buffet in Eastwood. Are you ready? Here it comes. I give it two thumbs up. The service, ambiance, and presentation were great. The food was alright however there were no wow dishes. Would I ever come back? I definitely would. Was it worth it? Totally.

Check out Somethin' Fishy's 199 Peso Buffet Midnight to Morning Menu here. The buffet starts at 12 midnight and ends at 10 AM. 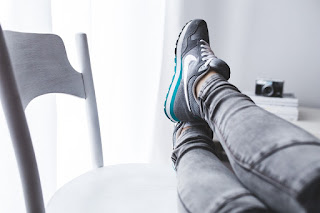 6 Advantages and Disadvantages of Working in a Call Center

COMELEC Precinct Finder: How to Find your Precinct